This web site uses cookies to deliver its users personalized dynamic content. You are hereby informed that cookies are necessary for the web site's functioning and that by continuing to use this web sites, cookies will be used in cooperation with your Web browser.
I agree
Login
HrvatskihrEnglishen

Faculty of Electrical Engineering and Computing, University of Zagreb, Croatia

The project was funded by the Ministry of Science, Education, and Sports, Croatia.

Multidimensional data sets are important in many areas of human activity such as image and volume sequence acquisition in biomedicine, industrial process control, remote sensing in meteorology and agriculture. 3D visualization provides means for easier interpretation, analysis, understanding of complex phenomena, and is basis for virtual reality simulations. 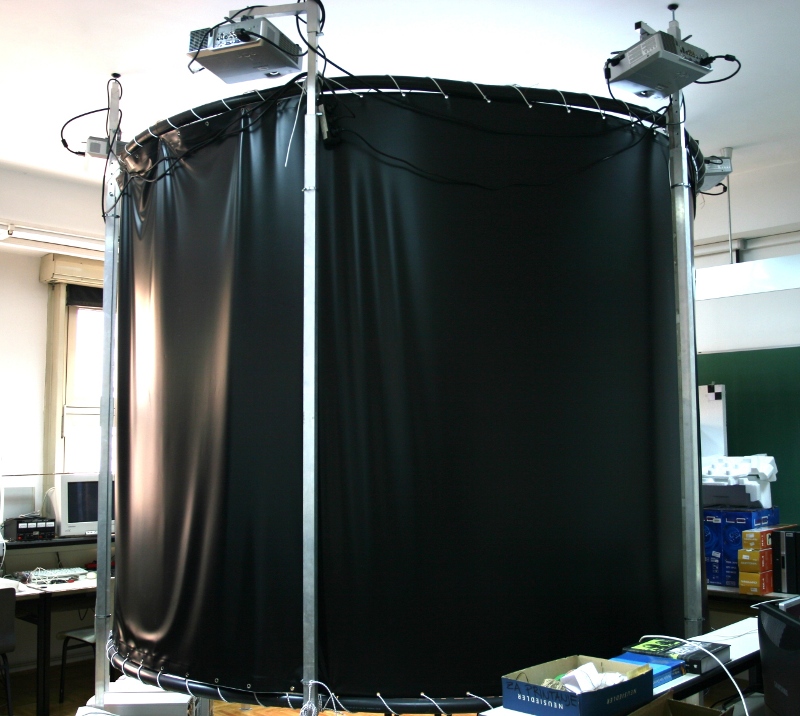 The goal of the project is realization of tiled visualization system using multiple projectors. The system consists of nine tiled projectors that provide a better impression of immersion in the virtual environment. Several important problems have been researched in the project such as the problem of brightness correction in the overlap areas of two or more projectors, correction of varying color balance between projectors, geometrical camera calibration problem for multiple projectors, and synchronization of multiple computers. A distributed Linux-based client-server system has been developed to distribute panoramic image and video content to multiple video projectors. 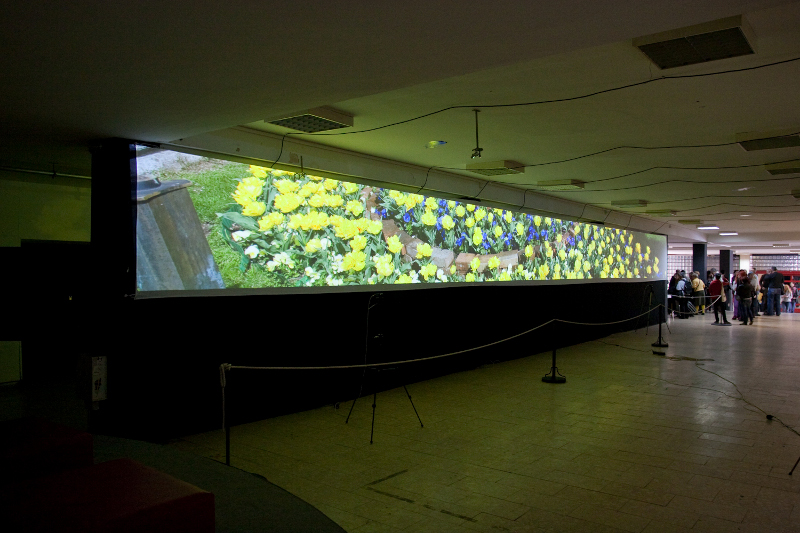